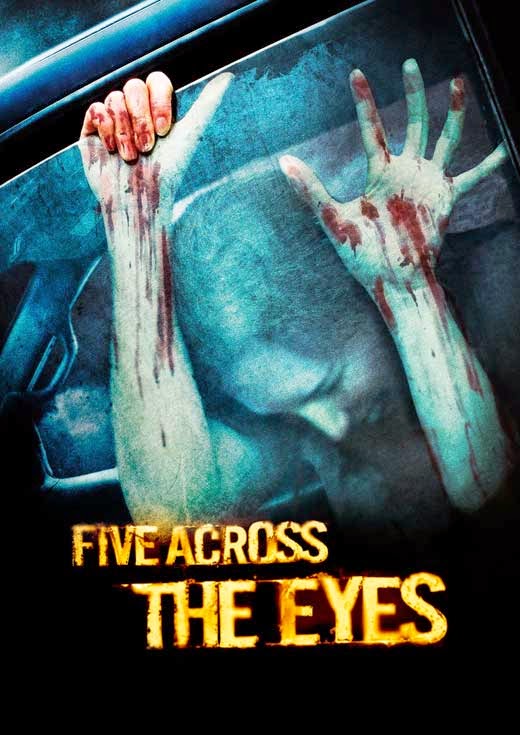 With a budget of only $4000 I was not expecting a great deal in terms of production value, but I am still struggling to work out why Five Across the Eyes cost even that much to make. The film genuinely looks like it was shot on a smartphone. Virtually every shot is framed far too close to its object. The camerawork is so unstable that it is virtually unwatchable: there is a difference between a "movie" and a "shaky". Frequently, it is impossible to tell what is supposed to be happening to the "characters". In sum, the shooting technique alone renders Five Across the Eyes devoid of purpose since it actively obstructs the viewer's ability to see the action. The characters are also so poorly established that the movie is a real test of compassion. Given how little interest the filmmakers have in encouraging the audience to develop any emotional connection with the characters, the ninety minutes we spend watching them scream and cry is a marathon. I only paid 50 pence for the DVD, and I still feel ripped off. This is the kind of film that gives microbudget horror a bad name. I'll give it this much: the cover art captured how I felt by the end of the film.
Posted by Dr Steve Jones at 08:04 No comments:

I've been quiet on here recently, mainly because teaching has been hectic but also because I have been involved in various scholarly activities (such as reviewing manuscripts). One such activity that is worth documenting is my recent trip to the Offscreen Festival in Brussels. I presented a paper entitled "Hard Body, Cold Heart: The Body in 80s Cinema" as part of the festival's symposium on Reaganite Cinema. 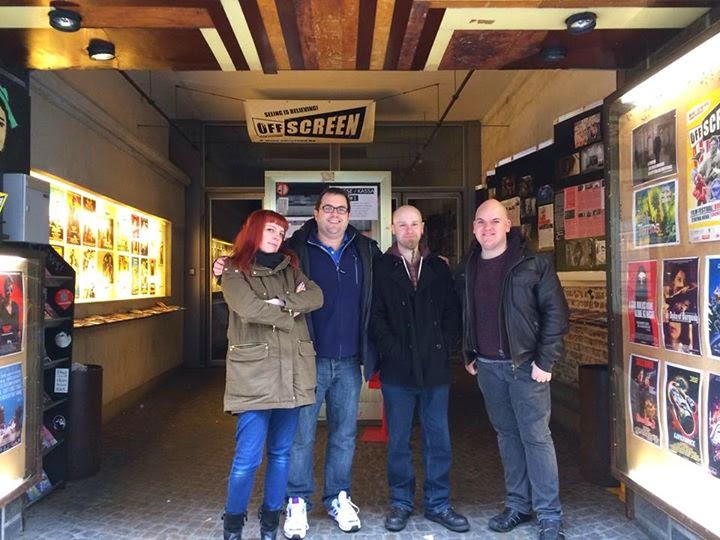 Here I am outside the Cinema Nova with fellow speakers Alison Peirse, Russ Hunter and Jonathan Mack. The photo was taken by Sarah Ralph who was presenting on female action stars (including one of my favourites, Cynthia Rothrock).

For more details on the symposium and the festival, see: http://www.offscreen.be/en/offscreen-film-festival-2015/symposium-lecture-80s-reaganite-cinema

The Cinema Nova is a fantastic location, and the organisers (most of whom are volunteers) were so welcoming and knowledgeable. Many thanks to everyone who attended and offered us such thoughtful questions on our papers.

Email ThisBlogThis!Share to TwitterShare to FacebookShare to Pinterest
Labels: Event

The Department of Media and Communication Design at Northumbria University is currently advertising PhD studentships in the following areas:

The extreme media scholarship is begin offered by me - see advert below:


A growing number of scholars have addressed the notion of “extremity” in recent years, leading to exciting new developments in the fields of film studies and cultural studies. However, there is still much work to be done not only in developing our understanding of “extremity” as a concept, but also in critically engaging with the enormous variety of media texts that have been commonly understood as “extreme”. This PhD project will contribute to this emergent area of scholarship by developing new theoretical approaches to the examination of “extreme” media texts and/or the concept of “extremity” itself. Applications are invited on any aspect related to the topic, including (but not limited to) the following indicative themes:

• Representations of violence in, for example, contemporary action or horror film

Enquiries regarding this studentship should be made to: Dr Steve Jones, Steve.jones@northumbria.ac.uk, 0191 227 4036

For further details of how to apply, entry requirements and the application form, see
https://www.northumbria.ac.uk/research/postgraduate-research-degrees/how-to-apply/
Please ensure you quote the advert reference above on your application form.

Funding Notes:
The full-time studentship provides full support for tuition fees, and an annual tax-free stipend at RCUK rates (for 2015/16 this is £14,057 p.a.)

Gotta hand it to these kids, they've got this down