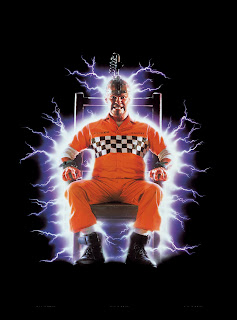 “I’d like to redo Shocker just to get the special effects right because we had a real special effects disaster on the film,” he tells Crave. “The guy who was doing all the visual effects kind of flamed out, had a nervous breakdown because he was attempting more than he could actually do. When he told us towards the end of the movie that not a single one of the special effects was actually working, he was working on a new technique, my son’s job specifically became just to find all the negative. It was all around town in unmarked boxes and under people’s editing [benches]. It was a nightmare itself. We pulled every favor in town to get all those special effects done very quickly and some of them are pretty sketchy.”

The real question is, does anyone else want Craven to remake Shocker? On the one hand, Craven might get it right this time. On the other...why bother?