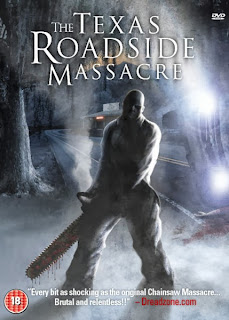 Although I fully expected Texas Roadside Massacre to be derivative, there is no real excuse for just how unimaginative and lazy the finished product is. Any filmmaker who simply steals the rudimentary plot of a very famous horror film should at least play with that established structure, or use the viewer's presumed familiarity with the story as a springboard. Rather than amplifying the original Chainsaw's events, Texas Roadside Massacre takes a step down from even the most recent (and notably weak) Chainsaw sequel, leaving the viewer with the impression that the filmmakers lack the creativity, skill, budget or audacity to manufacture anything better  There are numerous other Chainsaw homages such as Carver that are more entertaining than this mediocre dross. A sad affair from start to finish, Texas Roadside Massacre is one to avoid.
Posted by Dr Steve Jones at 08:03 No comments: 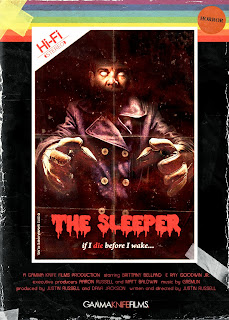 I am in two minds about The Sleeper. I have read some pretty scathing reviews of this movie, each of which have been a little unfair: The Sleeper is nowhere near as bad as its IMDB score (currently 3.8) would suggest. On the other hand, it is certainly not perfect. The effects are fairly shoddy at times; there is one particularly awful decapitated head that should have been cut out of the film, for instance. The script is utterly derivative because the film is a neo-grindhouse effort. However, the tone works quite well on the whole, capturing much of the late 70s/early 80s atmosphere that the makers are clearly aiming for. In fact, compared with Justin Russell's previous neo-grindhouse film Death Stop Holocaust  (2011) and many other attempts to replicate a bygone slasher era, The Sleeper is a resounding success. That said, no matter how much I enjoyed the vibe, I am left wondering whether I really need The Sleeper. After all, I already own a copy of Black Christmas...
Posted by Dr Steve Jones at 07:44 No comments: 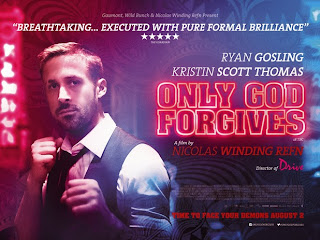 Visually, Only God Forgives is stunning. The director of photography, set designers, lighting crew and so forth have created a film so beautifully composed that virtually every frame - and I mean that quite literally - looks like it belongs in an art gallery. Unfortunately, this approach has a negative impact on the movie. The design is so contrived that the whole film feels overly self-conscious. The movie comes across like a lover who is over-thinking their every move rather than allowing themselves to be swept up in the moment. Refn et al simply try too hard, and the film suffers as a result. Worse still, the film has little substance beyond its good looks. The plot is so threadbare and the narrative is so thematically sparse that the movie drags along. Although it barely scrapes 90 minutes, Only God Forgives is a dull experience. Ryan Gosling's stilted, gormless performance is either evidence that he cannot act, that he was woefully miscast, that the character was too underdeveloped to provide a coherent center for the film, or that Refn/Gosling have made a bad call about how the role should be performed. All in all, Only God Forgives would make an interesting photographic exhibition, but fails as a narrative.
Posted by Dr Steve Jones at 07:20 No comments:

Someone has posted this clip from Kareteci Kiz on YouTube under the banner "worst movie death scene ever". I beg to differ.
Posted by Dr Steve Jones at 04:52 No comments:

I don't really do obituaries, but Hiroshi Yamauchi dies today, age 85. Hiroshi was president of Nintendo from 1949-2002, overseeing the launch of the Famicom (NES), Gameboy and SNES,  not to mention Mario Bros. Without Hiroshi, I would have undoubtedly read more books in my youth, but my hand-eye co-ordination would be severely lacking. 任天堂
Posted by Dr Steve Jones at 12:35 No comments: 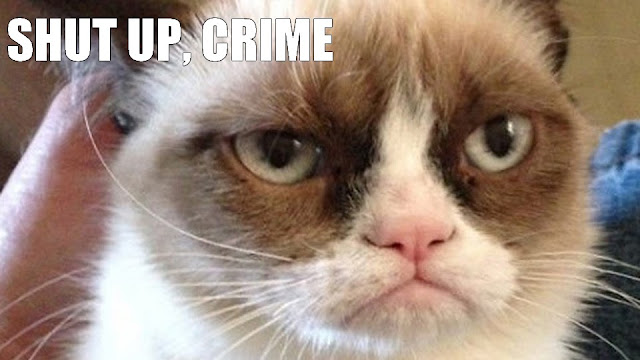 The launch issue of the Cine-Excess e-journal is entitled 'Subverting the Senses: The Politics and Aesthetics of Excess', and is edited by Mikita Brottman and John Mercer. It provides a series of academic accounts of cult controversies, with commentaries and responses from the filmmakers responsible for their creation.

The launch issue can be accessed from the following link:

http://www.cine-excess.co.uk/subverting-the-senses.html
The issue features a variety of interesting articles...and one by yours truly.
Posted by Dr Steve Jones at 12:39 No comments:

Ben "overrated" Wheatley has signed up to ruin adapt J. G. Ballard's fabulous, thought-provoking, and still resonant novel High Rise. Perhaps I'm being a little cruel, but so far I've disliked each of Wheatley's movies. Perhaps a solid foundation text is just what he needs in order to make a decent film. At the moment, I am hoping that this deal will crumble.
Posted by Dr Steve Jones at 11:28 No comments: