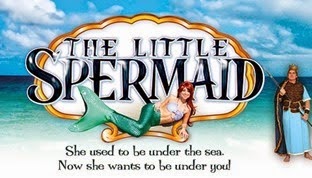 It is that time of year again - the 2015 AVN award nominations have been published. Most categories fail to interest me (and there are so many categories). In fact, I'm only ever really interested in Clever Title of the Year (see my post here). Make no mistake, these are rarely "clever", and are most often patently offensive. For instance, this year 12 Inches a Slave has been nominated, and that is a title that definitely falls into the offensive category (see my previous post here). Other candidates include fellow nominees 1 in the Slit 1 in the Shit and (the rather boring) Pregnant and Pounded.