Charlie and the Chop-em-up Factory 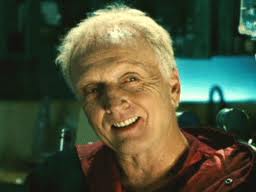 What's the difference between the 1971 film Willy Wonka and the Chocolate Factory and the Saw series? Damned if I know. 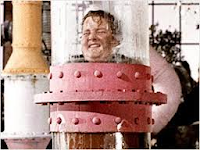 Both are based around 'survival' narratives - characters find themselves in an unusual factory setting. One-by-one, they are picked off. Characters are punished for their character flaws. Augustus (right) is, for example, taught a valuable life lesson about greed. His fate is to suffer in a convoluted industrial trap. Sound familiar?

The process is overseen by an enigmatic, disturbed individual who manipulates his "guests" into conformity. He is outspoken about his plainly moralistic/ideological beliefs. The sole survivor (Charlie) is indoctrinated into his system. As the new disciple, Charlie is expected to take over Wonka's legacy.


Honestly, I don't know why the Dahl estate haven't sued Lionsgate for royalties. 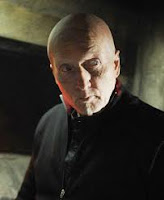 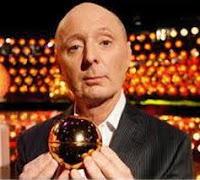