See No Evil 2 Directed by the Soska Twins 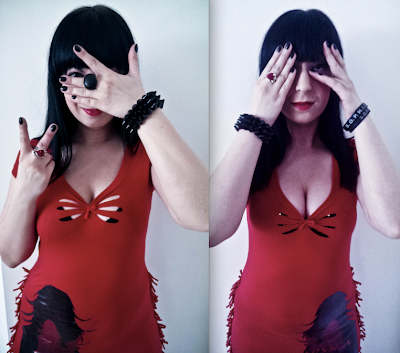 Over at their Penny Dreadful blog, Jen and Sylv Soska have announced that they have signed up to direct Lionsgate/WWE's See No Evil 2. The first film was a steaming pile of doodie - sub-slasher cack starring the wrestler Kane. Will the Soskas be able to bring a spark of excitement to a project that barely anyone wants to see? I certainly hope so. Given their sheer enthusiasm and a good run of successes, I have every hope that this could be one of the gleaming sequels that rises above the original.
Below is their official statement on taking over the film:
"We are beyond excited to be pairing with WWE Studios and Lionsgate on SEE NO EVIL 2. We’ve been WWE fans from way back in the day. We actually started watching in the very time frame that Kane was introduced. I had no idea what I was getting into when we were channel surfing and saw the Undertaker addressing the crowd, pleading for them to hear his side of the story regarding his fabled brother. From that very moment, we were hooked and you can be damn sure we were watching that fated PPV event, Bad Blood, during Hell in a Cell, when Kane dynamically made his debut. To be working with Kane is very special for us.

That very year, Lionsgate Entertainment formed in our own hometown of Vancouver and since has proven itself again and again to be a trailblazer in the film industry. It’s been a long time aspiration for us to work with both these phenomenal companies and to be able to work with both on this project is truly a dream realized.

Great things come in twos, proven more so by the sensational script penned by Nathan Brookes and Bobby Lee Darby and though our lips our sealed as to any details on the story itself, we can say that even those who think they know what they’ll be getting are going to be blown away. We could not be happier." ~Jen and Sylvia Soska
Posted by Dr Steve Jones at 00:58