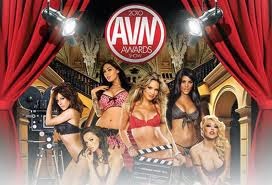 Never has the word “clever” been more dubiously used than in the Adult Video News awards category “Clever Title of the Year”.

Check out the 2011 list, many of which simply beggar belief:

If these are the “clever” titles, imagine what the other 5000 titles were.


**UPDATE**: November 2014. More offensive titles this year: for example, 12 Inches a Slave has been nominated. Other offensive candidates include fellow nominees 1 in the Slit 1 in the Shit and (the rather boring) Pregnant and Pounded.


**UPDATE**: November 2015. Ah yes dear reader, here we are again. Another year has passed, and another batch of 'Clever Title' nominations is here.

This year, the category is chock full of duds, including


The attempts to “play on words” are not much better: Hair Supply [Third Degree Films], Pornado [Adult Source Media], and Gingeracial [Third Degree Films] are all barely functional. The best of these is Teenage Mutant Ninja Titties [Hot Mess/Exile]… in this case, “best” is hardly a complement.

**UPDATE**: November 2016. Another washout in this category. The lowest number of amusing titles to-date. Even worse, the only real contender - Ten Inch Mutant Ninja Turtles - was nominated for various awards, but not for its title. Time for some kind of intervention in the nomination system, for sure.